Send $20 to https://www.paypal.me/shubal , specify the album, and be sure to include your mailing address! 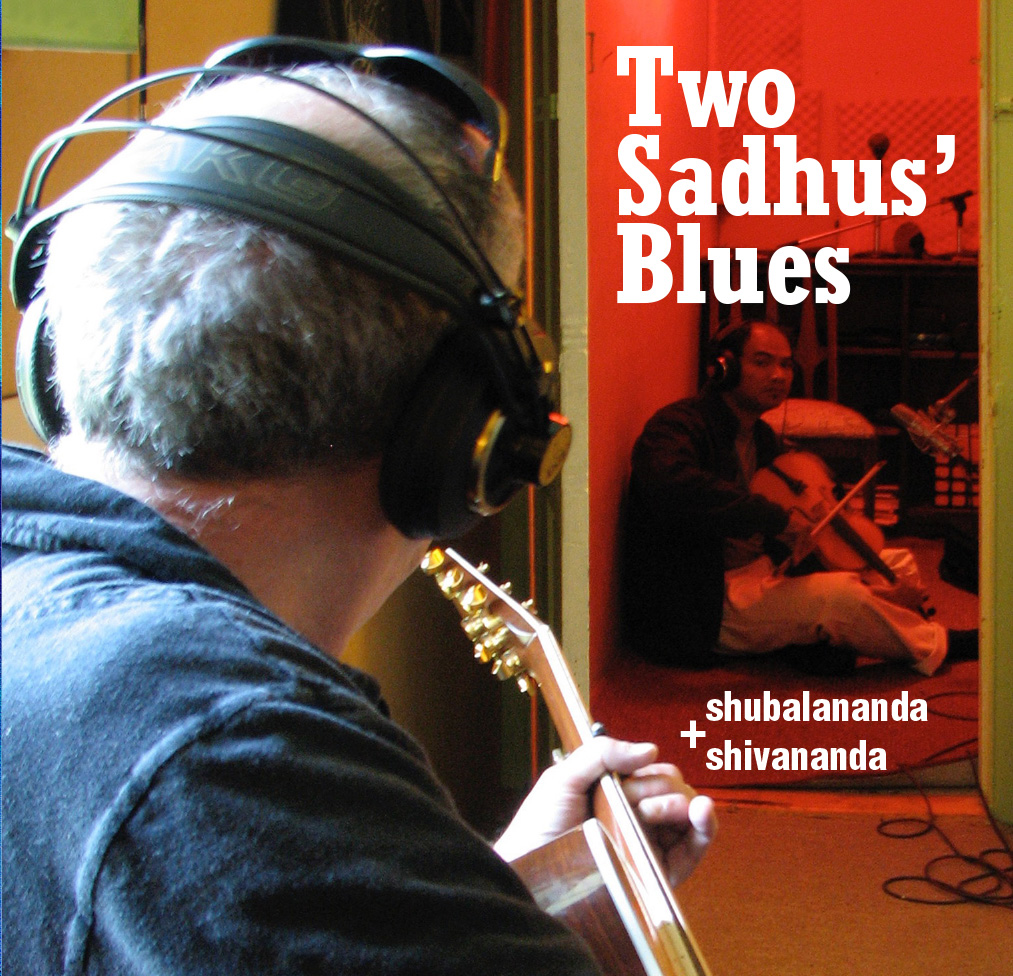 Get your copy of our recent Kirtan CD, Vortex of Love!

Send $20 to https://www.paypal.me/shubal , specify the album, and be sure to include your mailing address! 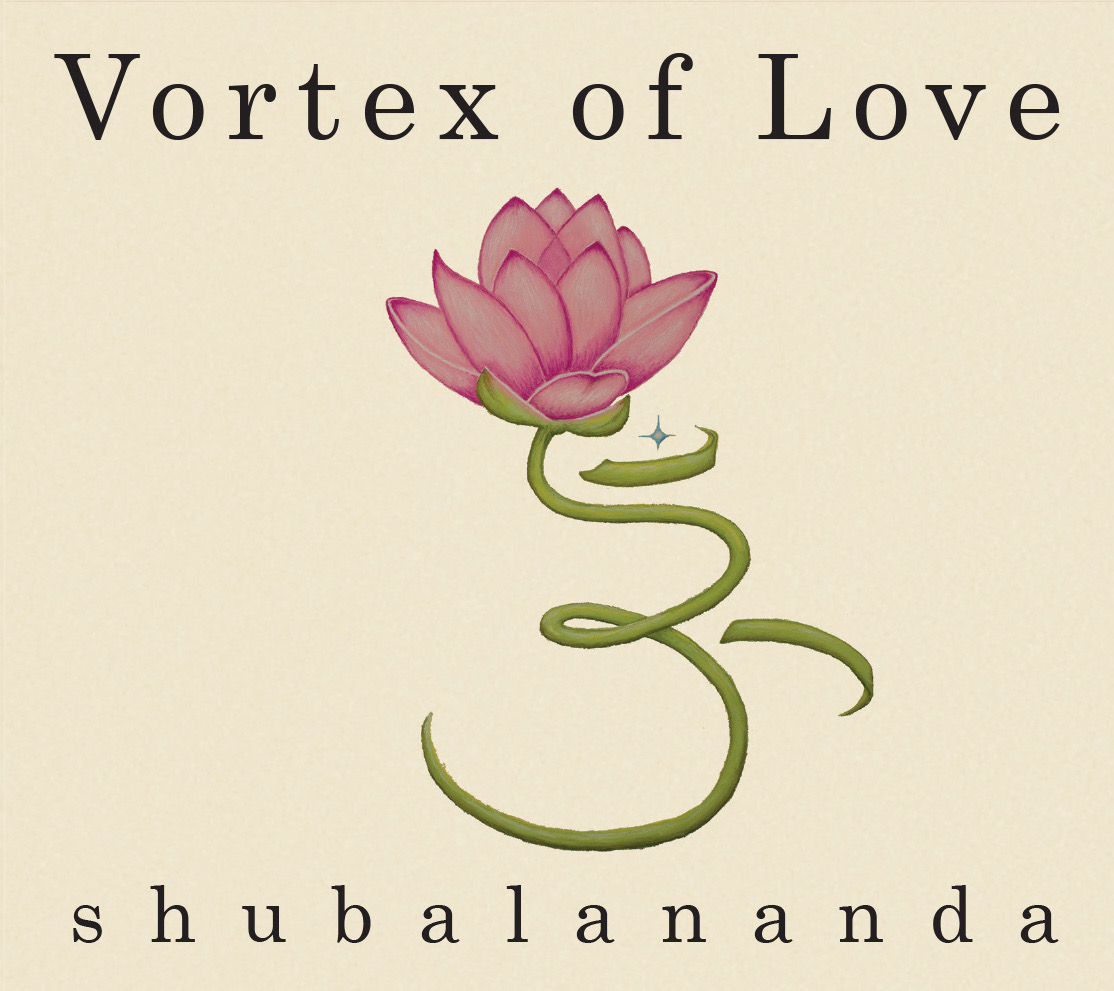 Shubalananda is an American sadhu, traveling across the Northeast since 1995 and sharing his unique, bluesy style of kirtan, which is the meditative call and response gospel music of India. The first stage of inner discipline and yogic attainment is emptying the mind of thoughts, and as Shubal says, “You can’t think when you sing. Therefore, kirtan is the shortcut to no-thought.”

Shubal is a Tantric devotee of Shree Maa of Kamakya. He has studied with many of the gurus of India, including Sathya Sai Baba, Baba Ram Dass, Karunamayi, Baba Hari Ji, and the greatest kirtan singer of them all, Ma Chetan Jyoti. These studies, along with his voice of deep bhava and experience, and his masterful musical skill, allow Shubal to offer his kirtan as a gift to his Guru, to his highest self, and to the community around him.

When Shubal leads kirtan, the flow of his Gurus’ Shakti fills everyone in the room. Shubal’s kirtan is unique: his power, his love of God, his amazing experiences and wisdom, and the grace of his Guru, create an environment which can be experienced nowhere else. Come and feel the uplift with Shubalananda Kirtan.

Born Larry Kopp in 1944, Shubalananda’s musical journey began at age seven, when he insisted his mother buy him a ukulele for his birthday. Neither of his parents were musicians, but he was strongly drawn to traditional American music and began immersing himself in as much of it as was available in those days.

As a young adult, it was the music of the Blues masters, the likes of Muddy Waters, Little Walter, and Howlin’ Wolf, where he was touched by the soul in their instruments and voices.  As he says, “The Blues comes from the ecstasy of music, when emotion is transformed into spirit, and concept becomes almost a divine call.”

After years gaining notoriety as a talented Blues guitarist in the Boston music scene, hanging out in bars, smoking too much and reaching near burnout , his life took a major turn, when he met Ram Dass, of Be Here Now fame, who introduced him to kirtan and the idea of transcendence. “I looked at Ram Dass and was immediately struck by the awareness that he and I were, on a most profound level, the same person. There were two bodies, but there was one consciousness. Then, as I looked around the room, I realized that everything was part of this consciousness, too. It was a feeling of one pulsating consciousness, and in that state, I realized what it truly meant to be alive. Then Ram Dass literally turned into Neem Karoli Baba, and I was able to receive his darshan twelve years after he left his body. I came to appreciate the value of the moment: “be here now with mindfulness.”

From that point forward, he started to meet numerous Indian sadhus, almost mystically. One after another, they instilled in him a taste for the spiritual, particularly through kirtan. As he became more and more absorbed in chanting the holy names, he traveled to India and studied and practiced profusely.

His journey became more pronounced when he met the controversial South Indian desert Sadhu, Sathya Sai Baba. This led to other relationships that would change his life. For example, Mr. Ravindrin and Ms. Mani Bashyam, both close associates of Sathya Sai, taught Shubalananda the intricacies of classical Indian bhajan, enhancing his practice of kirtan.

20 years ago, Sri Karunamayi, enlightened teacher from Bangalore, came to Boston to teach meditation. As Shubal says, “She stayed with us, we promoted her event, and we got to know her really well. She told me that my job/path was to sing to the Divine Mother. She told me She heard the tears of God Love in my voice. As we sat together in the airport at the end of that first visit, She was looking at me so intently, and She sighed and said, “Ah attachment”.  I said, “Yes Amma, but GOOD attachment”.  She looked even more intent when She replied, “No…permanent attachment”. ”

It was his guru, Shree Maa, who gave him the soul name of Shubalananda (the excellent strength of Shiva). As he says, “avatars manifests the characteristics of the gods and goddesses. Shree Maa gives the appearance of Chandi Ma, the original Divine Mother.  She has taught me much about “the music of life” and where I get caught and where I need to grow.”

Ma Chetan Jyoti, the greatest Kirtan Wallah in all of India, became his teacher 18 years ago.  From Her he learned the true meaning of Bhava, and the power of Dharma, as well as dozens of Her kirtans.  As She left Her body in 2007, She bequeathed him Her Mala, which he holds in great reverence.

For sadhana, Shubal has immersed himself in the Aghor tradition. Baba Harihar Ram-ji, Aghor sadhu from the Lineage of Dattatreya, has given him mantra initiation into this mysterious path. Shubal says, “I resonate most with tantra, the weaving of bhakti (kirtan), alchemy (transformation), and Japa (meditation), which is the essence of Aghor practice.”

Shubalananda has also had the great honor to sing for and befriend Shiva Rudra Bala Yogi, Mirabai Devi, Neelon, and many other great teachers.  “There is nothing better than singing for the Gurus, (and Shree Maa says, “actually there is only one guru, Shiva”).”

Over the years, Shubal has played with popular wallahs Krishna Das, Bhagavan Das, Dave Stringer, and Wah!, He’s published a magazine on kirtan called “Time & Space”, has written a book on kirtan with the words and music to about 100 kirtans, and his autobiography, Kirtan Wallah.

One of the busiest kirtan-wallahs on the spiritual New Age circuit, his voice can be heard in yoga centers all over the northeast on a regular basis. He has created a community of thousands, and continues to motivate singer songwriters to consider becoming kirtan wallahs. His purpose, his Dharma, is quite different.

“Shree Maa once asked me what I wanted. In her presence I was pretty well satisfied, but I said, “I want you to sing through me.” Over the years I have discovered that my kirtan sadhana is the doorway to my most intimate contact with my guru, and when a spiritual teacher says to me, “you put me in samadhi,” that is good praise, but my goal is for my guru and I to become one in song.”

Please visit us on Facebook for event reminders, videos, and more!

Kirtan is a spiritual practice, it’s a form of meditation. Meditation is a state of mind where your thoughts become quiet, your mind becomes peaceful. The principle is that you cannot think when you are singing. Singing kirtan brings your mind easily to an inner silence, it is a shortcut to the meditative state.

No, you don’t need to know how to sing!  Anyone can join in and participate in Kirtan.  This is a spiritual practice and the quality of your voice has no bearing on the peace, joy and uplifting you will feel.  Join us and you’ll see!

Don’t worry if you don’t know the words.  You will catch on quickly.  Shubal often reviews the words first, and you will be able to follow his responder.  We also have worksheets available. After a few times, you will know the words by heart!  And if not, hum along and you will still benefit from the practice.

4.  I don’t really understand what this is – is it a performance?

Kirtan is not a performance.  Kirtan is a spiritual practice, it’s a form of meditation. Meditation is a state of mind where your thoughts become quiet, your mind becomes peaceful. The principle is that you cannot think when you are singing. Singing kirtan brings your mind easily to an inner silence, it is a shortcut to the meditative state.

No one will be turned away for not having enough money.  Shubal embraces the practice of Dakshina.  This is a sanskrit word that means offering, or gift.  Your donation supports the Shubalananda Kirtan band in traveling to their next location.  Your donation is a gift to the next community that receives the spiritual practice of Kirtan.

6.  I want to hire Shubal for an event, what should I do?

Thank you for considering hiring Shubal for your next educational, yoga, tantra, or spiritual event.  Simply call Shubal on the phone to discuss:  978-544-3416 or email him at Shubalananda@gmail.com

Absolutely! Vortex of Love was released on May 1st, and you can order your copy by sending $20 to purchase the disc at   https://www.paypal.me/shubal and be sure to include your mailing address!

8. Can I order any previous albums?

Yes! Rama Rahima is still available, and you can also send $20 to https://www.paypal.me/shubal , and along with your mailing address, just indicate in your note which album that you would like a copy of, either Rama Rahima, or the new album, Vortex of Love. Thank you for your support!

Pioneer Spirit was a radio show produced by Shubal and Ashley that aired on Valley Free Radio on Sundays in 2013-14.

A sampling of our favorite episodes are listed below, as well as a link to the entire episode archive. Click on the link to enjoy the show!

Episode 3: An interview with Krishna Das, talk about Nisargadatta, music and more!

Episode 9: Guest DJ Lady Tiana Sophia joins Shubal and Ashley in the studio for an interview and great music..

Episode 34: Shubal and Ashley sit down for an interview with Prajna Hallstrom

Episode 35: An in-depth interview with Robert Moses, music and more..

The entire archive of episodes can be found here.

Kirtan is a spiritual practice, it’s a form of meditation. Meditation is a state of mind where your thoughts become quiet, your mind becomes peaceful. The principle is that you cannot think when you are singing. Singing kirtan brings your mind easily to an inner silence, it is a shortcut to the meditative state.

Enjoy the video below as a sampling of this practice, more to follow..

Quotes From the Gurus 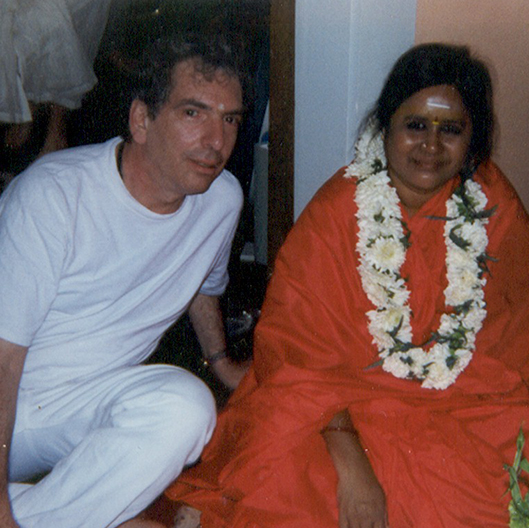 Karunamayi : “I hear the tears of God love in your voice”

Neelon : “When you sing, no one can think”

Baba Harihar Ram-ji : “Your kirtan is strong and wonderful; it fills the ashram with light.” 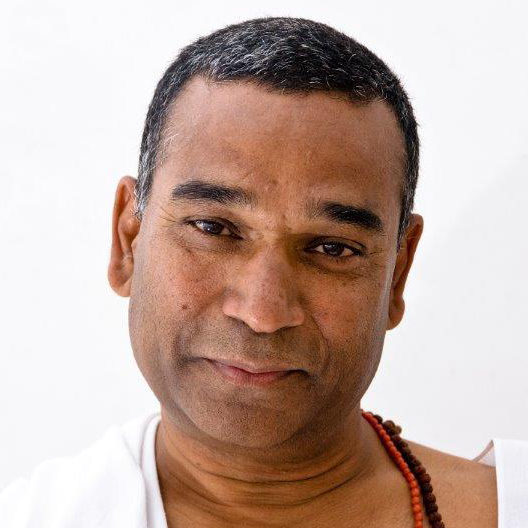 Mirabai Devi : “Very devotional, you put me in Samadhi.” 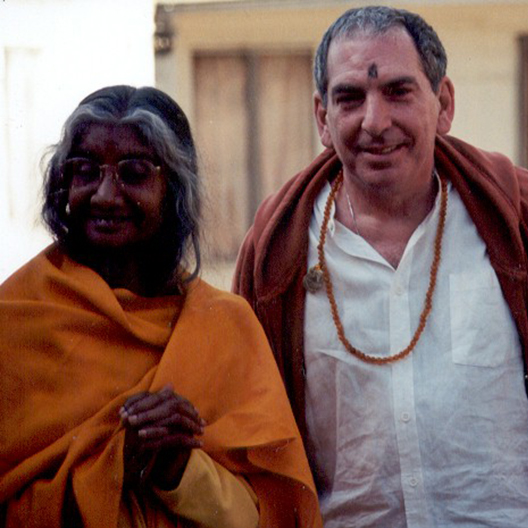 Shree Maa : “Good Kirtan!  I will sing through you.”

Shiva Rudra Bala Yogi : “You put me into Samadhi.” 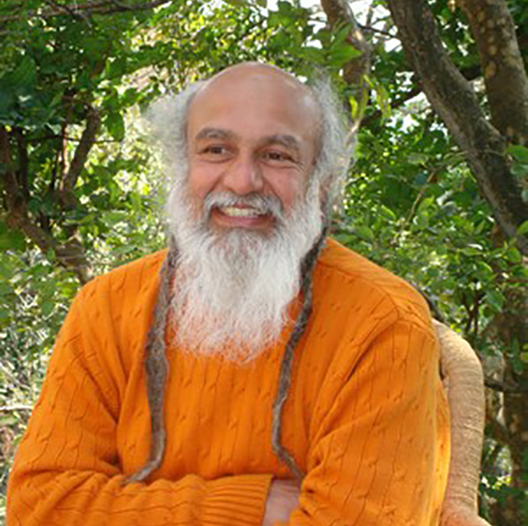 Shivabalananda : “Your kirtan is a treasure at my Ashram.”